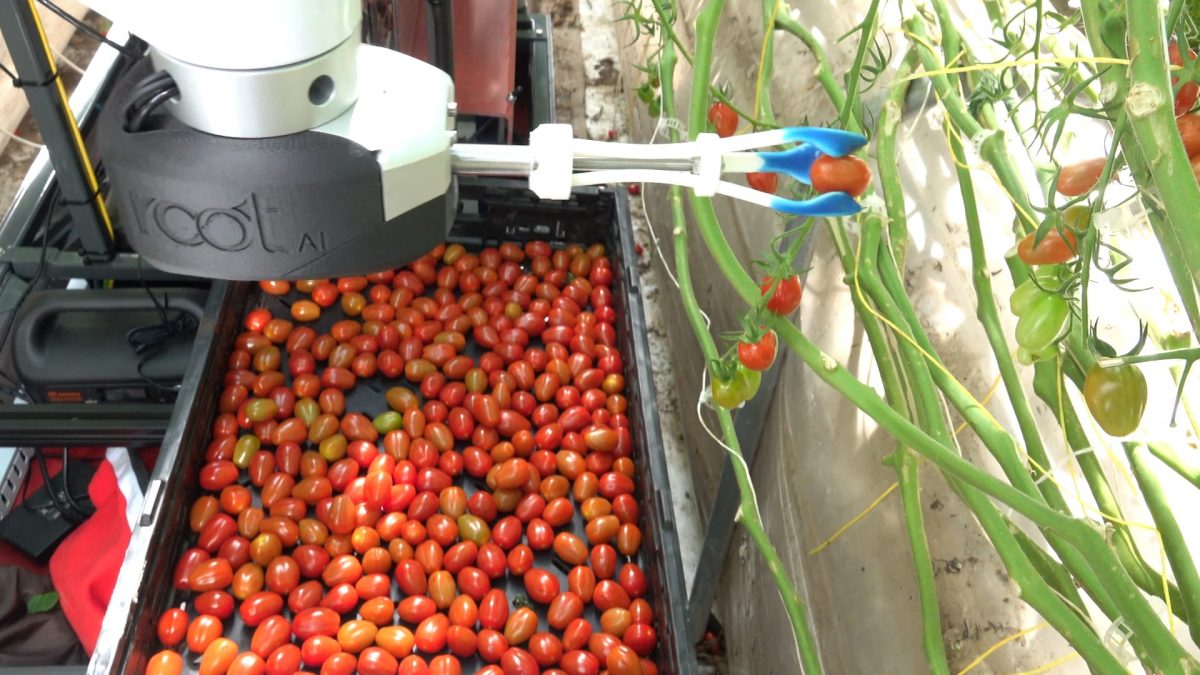 Virgo 1, is an agricultural robot built by Root AI that was purposely made to aid farmers in resolving their workforce shortage. This robot is capable of plucking tomatoes without bruising them and can detect ripe tomatoes better than the farmers have.

This self-driving robot is equipped with multiple components such as lights, cameras, and sensors. Its lights allow it to navigate extensive greenhouses may it be day or night. Virgo 1’s software is run by a ‘system-on-module’.

Attached with a dexterous hand, its arm is capable of working with humans and does not need human assistance in picking tomatoes. Its fingers are made of flexible food-safe plastic and are washable and easily cleaned. These qualities are important since they guarantee that the robot does not corrupt the tomatoes.

Its developer can rewrite Virgo’s software and its parts can be added to handle other crops. This feature makes Virgo different from other crop-specific harvesting machinery.

Virgo 1 has already been tested on commercial greenhouses in the United States and Canada, and the results of these tests were successful. The tests encouraged funding from notable firms and gave hope to its developers that it will be commercially used in the coming years.